The frequent problem of regulating valve is jamming, which often occurs in the new commissioning system and the initial stage of overhauling. Due to welding slag, rust, etc. in the pipeline, clogging at the orifice and guiding part makes the medium flow poor, or the regulating valve is overhauled. The middle packing is too tight, causing the friction to increase, leading to the phenomenon that the small signal does not act and the large signal acts too much.

Troubleshooting: The auxiliary line or the regulating valve can be quickly opened and closed, so that the dirt can be washed away by the medium from the auxiliary line or the regulating valve. Another way is to use a pipe wrench to clamp the valve stem. When the signal pressure is applied, rotate the valve stem positively and negatively so that the valve core flashes through the card. If not, increase the air source pressure to increase the driving power and move it up and down several times to solve the problem. If it still doesn't work, it needs to be disassembled.

2.1 Valve internal leakage, the length of the valve stem is not suitable

After the packing is loaded into the stuffing box, the axial pressure is applied to it through the gland. Due to the plasticity of the packing, it generates radial force and is in close contact with the valve stem, but this contact is not very uniform. Some parts are in loose contact, some parts are in tight contact, and even some parts are not in contact. During the use of the regulating valve, there is relative movement between the valve stem and the packing, and this movement is called axial movement. In the process of use, with the influence of high temperature, high pressure and strong permeability of the fluid medium, the stuffing box of the regulating valve is also a part of the leakage phenomenon. The main cause of packing leakage is interface leakage. For textile packing, there will also be leakage (pressure medium leaks outward along the tiny gaps between packing fibers). The interface leakage between the valve stem and the packing is caused by the gradual attenuation of the packing contact pressure and the aging of the packing itself. At this time, the pressure medium will leak outward along the contact gap between the packing and the valve stem. 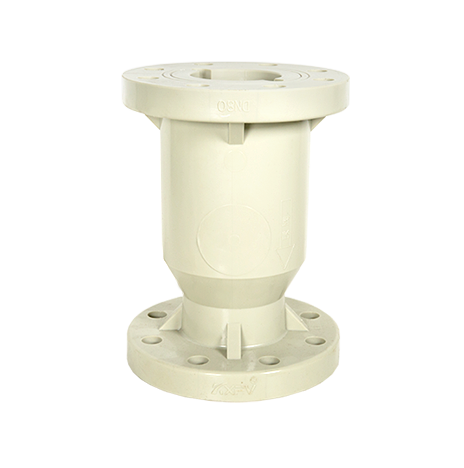 Solution: In order to make the packing easy to install, chamfer the top of the stuffing box, and place an erosion-resistant metal protection ring with a small gap at the bottom of the stuffing box (the contact surface with the packing cannot be an inclined surface) to prevent the packing from being pressured by the medium roll out. The metal surface of each part of the stuffing box in contact with the packing should be finished to improve the surface finish and reduce the wear of the packing. The filler is made of flexible graphite, because it has good airtightness, low friction, small changes after long-term use, small wear and tear, and easy maintenance. After the gland bolts are re-tightened, the friction does not change, pressure resistance and heat resistance It has good performance and is not corroded by the internal medium, and the metal in contact with the valve stem and the stuffing box does not undergo pitting or corrosion. In this way, the sealing of the valve stem stuffing box is effectively protected, and the reliability and long-term nature of the sealing of the packing are ensured.

2.3 Deformation and leakage of valve core and valve seat

Solution: The key is to control the selection and quality of the material of the valve core and valve seat. Choose corrosion-resistant materials, and resolutely eliminate defective products such as pitting and trachoma. If the valve core and valve seat are not too severely deformed, they can be ground with fine sandpaper to eliminate traces and improve the seal finish to improve the sealing performance. If the damage is severe, the valve should be replaced with a new one.

Countermeasures: As the causes of oscillations are multifaceted, specific problems are analyzed in detail. Slight vibration can be eliminated by increasing stiffness. If a high-stiffness spring is used, the piston actuator structure is used instead. The violent vibration of the pipeline and the base can eliminate the vibration interference by increasing the support; the frequency of the valve selection is the same as the system frequency, then replace the valve with a different structure; the oscillation caused by the working at a small opening is due to improper selection of the flow capacity C value selection, It is necessary to re-select the type with a smaller flow capacity C value or adopt split-range control or sub-mother valve to overcome the small opening of the regulating valve.