1.Why do you need to add different parts of chlorinated polyvinyl chloride (CPVC) to become chlorinated polyvinyl chloride plastic (PVC-C) hot water pipes, electric power and cable buried pipes?
This is because the physical and chemical indicators of chlorinated polyvinyl chloride (CPVC) have certain standards. Among them, the chlorine content of 67.0 ± 0.1% is critical for processing. The moisture content of CPVC in Japan (that is, volatiles) ≤ 0.1%. In China, we can only set the water content as 0.2%, and we can't keep it for one year and only three months. Therefore, using pure CPVC as a model and testing its Vicat heat resistance index, CPVC made in Japan can reach 131 ° C, and only 126 ° C in China.
Adding additives other than plasticizers and other polymers to the formula will reduce the Vicat temperature, plus equipment, molds, process temperature and pressure, and screw retention time, cooling traction, and flaring. Affected by the field test and product sampling test at the Japan Institute of Chemical Industry Co., Ltd. from the end of February to early March 2001, Vicat ≤ 116 ° C. Therefore, for international and domestic standard PVC-C hot water pipes ≥ 11 The index of ℃ means that there is a little room.
That is to say, use 100 parts of CPVC and various additives to match. Under certain process conditions and equipment, molds and other supports, the operation will pass the level carefully. As for the ≥103 ℃ of the pipe fittings, 10 parts of PVC can be appropriately added or increased. Lubricants and stabilizers of 0.1-0.2 are sufficient.
Here again, it is recommended that the main raw material ratio of 55 parts of CPVC and 45 parts of PVC for power cable buried pipes is better. I have asked the Beijing Laboratory of the Beijing Institute of Chemical Technology of the Ministry of Chemical Industry to conduct a test of 50 parts of CPVC to 50 parts of PVC. The results not only did not increase, but decreased. The mechanism has been studied by Beijing researchers, and we recommend 55 copies of CPVC to readers. 45 parts of PVC can completely and reliably meet the Japanese and domestic industry standards of Vicat ≥93 ° C. Of course, other additives must also be paid attention to. In addition, the Vicat for thin concrete tubes with a concrete thickness of 3mm should be in the range of 90 ℃ ± 14 ℃.

2.Why add CPE after joining MBS?
The strength is increased, but in view of too many double bonds, the irradiation of ultraviolet rays will cause a fracture phenomenon, and the strength will decrease. Once the pipe reaches the construction site, if it is not buried in time, the strength will be reduced by half in 5-7 days. For example, adding 6-8 parts of MBS (it does not reduce the Vicat temperature much, which is another feature of MBS), and adding 3 parts of CPE can improve cold resistance and weather resistance. Formulas have been designed to protect the high-voltage and ultra-high-voltage cables of power systems from cold weather in the northwest and humid ultraviolet rays in the southwest.

3.Why add liquid paraffin (white oil) when adding to CPE?
According to a report from the United States at the 31st Annual Conference of Plastic Engineers, they tested in cold and desert and high temperatures in Arizona and New Jersey. In the presence of white oil, the impact resistance of CPE can be several times or more than ten. Improvements and improvements of several times and dozens of times. The improvement of several times, dozens of times, and dozens of times here means that the influence of processing equipment, molds, and process conditions will be different under the condition that the formula is unchanged.
In production, put 3 parts of CPE in a plastic bucket, add 0.3 parts of white oil, and mix it. If it is the best, the white oil that has not been sucked is left in the next pot of formula for reuse. This is also a way to check the quality of CPE, a thermoplastic elastomer.

5.Why not use calcium stearate in the production of chlorinated polyvinyl chloride and polyvinyl chloride products?
This is because the calcium stearate easily turns white polyvinyl chloride into a reddish color at temperatures higher than 160 ° C and long-term heating. It can react with the decomposed HCL to form very brittle calcium chloride. Compounds are extremely detrimental to the performance of products during application. Therefore, calcium stearate is generally not added in the processing of polyhaloolefin plastic products at present, and it is added only during injection molding in view of the requirements of pressure lubrication stability performance. Very little. Of course, in the case of titanium dioxide (titanium dioxide), it is advisable to add 0.06-0.12 parts of sodium carbonate or 0.09-0.19 parts of sodium bicarbonate to avoid the disadvantages mentioned above.

Two，Kneading Points
A. Heating sequence
CPVC or advanced kneading pot with PVC, followed by stabilizers, followed by the addition of various other additives, and finally MBS and CPE with white oil to increase the impact strength of the system. What I want to introduce here is that polyhaloolefins need stabilizers to prevent them from decomposing after the release of hydrogen chloride (HCL) under heat. The rest is added later to increase the contact between stabilizers and polyhaloolefins. Finally, MBS and CPE plus white oil is to display the material characteristics of the entire batching system, which is what users require.
B. Kneading temperature
The kneading temperature should be ≤105 ° C. At present, some production units reach ≥110 ° C, which is not good. Kneading only plays a role of mixing. There is no plasticizing requirement. For example, too high kneading temperature and long time will bring thermal stress to the material. , Which brings problems to the future performance of the pipe and installation and use.

C.Torque during production of twin screw extruder
In view of containing CPVC raw materials, its processing fluidity is poor, so in addition to considering this situation in the formula, we also set the torque to 35 to 60 to produce, generally 40-55 is better, which requires temperature adjustment , Pressure, and even come back finally to improve the formula so that it can be produced. Only when the performance of the finished product can meet the original imaginable standards, can it be considered successful.
D. Expansion requirements
PVC-C hot water pipes do not need to be flared. They are connected with pipe fittings. Power cable protection sleeves need to be flared. This requires equipment in terms of the shape and thickness of the piping gate. The focus is on adjusting the heating time of the pipe, Only the temperature can make the pipe flared area not deformed. Generally, the flaring temperature is much higher than the extrusion temperature. It is advisable that the extrusion temperature does not exceed 195 ° C. The flaring temperature is about 250 ° C. Domestic instruments reflect that it has more than 300 degrees, which requires attention.

Three, attention to the use of power cable protection bushing buried

The thickness of the protective sleeve of the buried power cable is selected according to the application. Have done steam 20 test, cantilever beam pressure test, the manufacturer's specifications can be selected to carry on the road, or in organic non-isolated zones, pedestrian green belts, in addition, there are deep and shallow buried, underground water without water And avoidance of frozen soil layers must be considered.

Fourth, the recommendation of materials

For the filling material of PVC-C power pipes, heavy calcium carbonate can be used instead of light activated calcium carbonate. Because PVC-C hot water pipes use pure CPVC, the amount of titanium dioxide is large, and calcium carbonate is not suitable. Add or symbolically add 0.5-1 part. Here, the red color of PVC-C power pipes is generally used. Inorganic pigments are generally used. All organic pigments will decompose when they are exposed to high temperatures, which will make the color darker. The test conducted by the Japanese research institute Zhongyuan also confirmed this.
In the end, there are still many issues that need to be paid attention to in order to produce pipes that meet the standards, especially the users can use them safely. One of the products used by Kaixin Pipeline Technology Co., Ltd. is an imported KraussMaffei extrusion production line, which meets the production requirements of all caliber products while ensuring the stability of product performance. Customers are welcome to come to order. 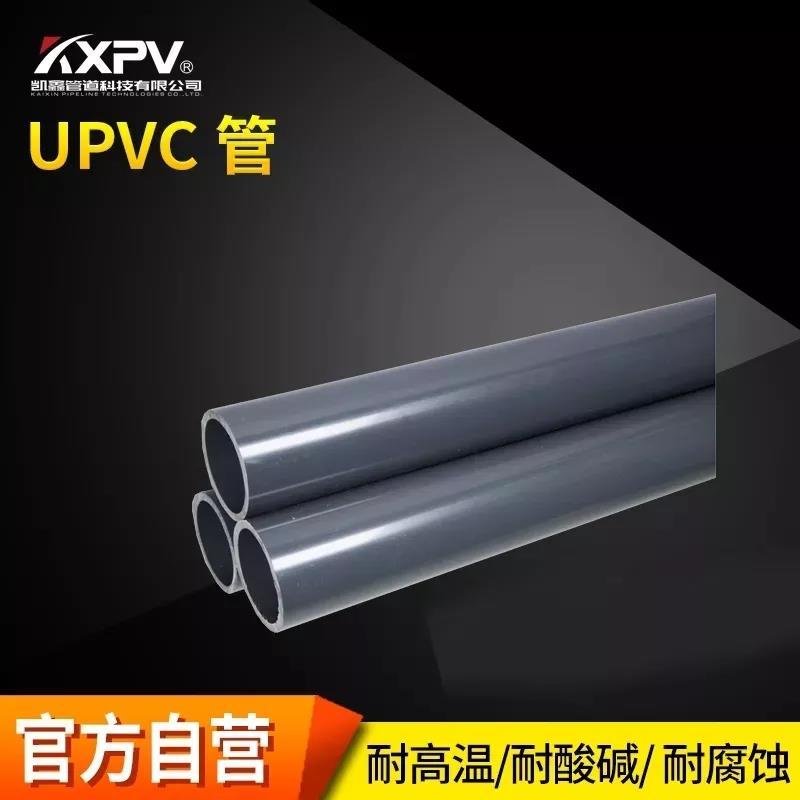 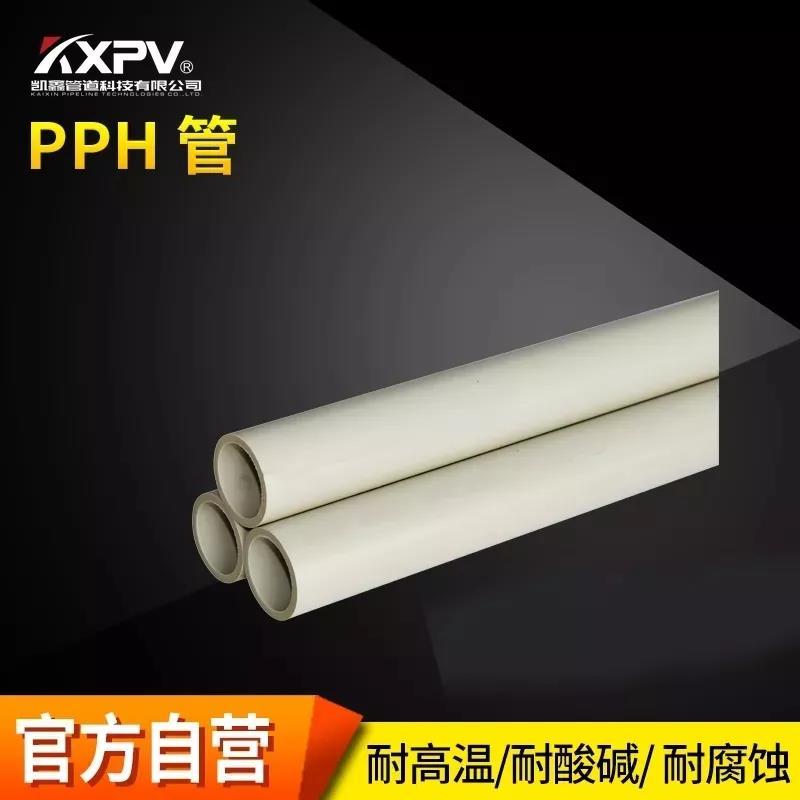 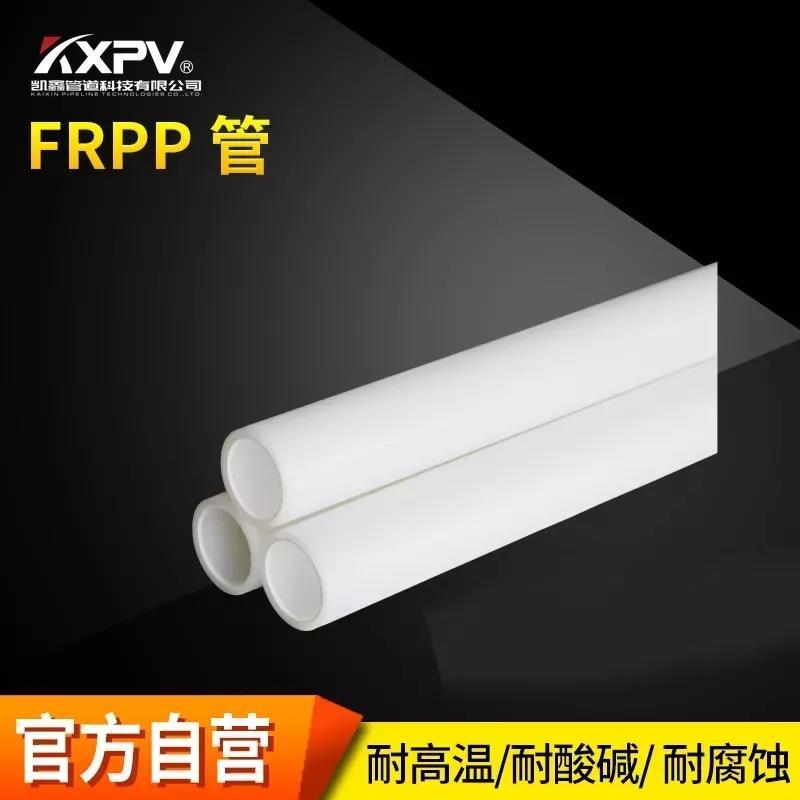 PREV：[Burning] Yes, we are "another party's annual meeting"!
NEXT：[Popular stickers] The advantages and disadvantages of PTFE, do you understand?