Plastic brittleness has always been a factor that plagues some companies' normal operations. The brittleness of the pipe affects the market share and user reputation of these pipe companies more or less, both in terms of cross-sectional appearance and installation approval. It is fully reflected in the physical and mechanical properties of the product.
In this paper, the reasons for the brittleness of PVC-U plastic pipes will be discussed and analyzed from the formulation, mixing process, extrusion process, mold and other external factors.
The main characteristics of PVC pipe brittleness are: collapse at the time of cutting, cold rupture.
There are many reasons for the poor physical and mechanical properties of pipe products, mainly as follows:

Formula and mixing process is unreasonable

(1) Too much filler. In view of the current low profile prices on the market and the rising prices of raw materials, pipe manufacturers are making a fuss about reducing costs. The regular pipe manufacturers through the optimized combination of formulas, under the premise of not reducing the quality, reduce the cost; Manufacturers are reducing costs while reducing product quality. Due to the formulation component, the most direct and effective way is to increase the filler. The filler commonly used in PVC-U plastic pipes is calcium carbonate.

In the previous formulation system, most of the calcium is added, the purpose is to increase the rigidity and reduce the cost, but the heavy calcium is very different due to the irregular shape of the particles and the relatively large particle size and the poor compatibility of the PVC resin body. Low, and the number of parts increases the color and appearance of the pipe.

Nowadays, with the development of technology, most of the ultra-fine and light activated calcium carbonate, even nano-scale calcium carbonate, not only plays the role of increasing rigidity and filling, but also has the function of modification, but the filling amount is not Without limits, the proportion should be controlled. Some manufacturers now add calcium carbonate to 20-50 parts by mass in order to reduce the cost, which greatly reduces the physical and mechanical properties of the profile, resulting in brittleness of the pipe.

(2) The type and quantity of impact modifier added. The impact modifier is a high molecular polymer capable of increasing the total energy of the cracking of the polyvinyl chloride under the action of stress.

At present, the main varieties of impact modifiers for rigid polyvinyl chloride are CPE, ACR, MBS, ABS, EVA, etc. Among them, the molecular structure of CPE, EVA and ACR modifiers do not contain double bonds, and the weather resistance is good. As outdoor building materials, they are blended with PVC to effectively improve the impact resistance, processability and weather resistance of hard PVC.

In PVC/ACR blends, ACR can significantly improve the impact resistance of the blend. At the same time, the "nuclear-shell" particles can be uniformly dispersed in the PVC matrix. PVC is the continuous phase, ACR is the dispersed phase, and it is dispersed in the PVC continuous phase to interact with PVC, which acts as a processing aid to promote the plasticization of PVC. Gelation, short plasticizing time, and good processing properties. The forming temperature and plasticizing time have little effect on the notched impact strength, and the bending elastic modulus decreases little.

(3) Too much or too little stabilizer. The role of the stabilizer is to inhibit degradation, or to react with the released hydrogen chloride and to prevent discoloration during processing of the polyvinyl chloride.

Stabilizers vary depending on the type, but in general, too much use delays the plasticizing time of the material, which results in less plasticization of the material at the time of exiting the mold, and there is no complete fusion between the molecules in the formulation system. Causes its intermolecular structure to be weak.

When the amount is too small, the relatively low molecular substances in the formulation system may be degraded or decomposed (also referred to as over-plasticization), and the stability of the intermolecular structure of each component may be destroyed. Therefore, the amount of stabilizer will also affect the impact strength of the pipe. Too much or too little will cause the pipe strength to decrease and cause the pipe to become brittle.

(4) Excessive amount of external lubricant. The external lubricant is less soluble in the resin and can promote the sliding between the resin particles, thereby reducing the frictional heat and delaying the melting process. This action of the lubricant is early in the processing process (that is, external heating and friction heat generated internally). It is the largest before the resin is completely melted and the resin in the melt loses its identifying characteristics.

The external lubricant is divided into pre-lubrication and post-lubrication, and the over-lubricated material exhibits a poor shape under various conditions. If the lubricant is not used properly, it may cause flow marks, low yield, turbidity, poor impact, and rough surface. , adhesion, poor plasticization, etc. In particular, when the amount is too large, the compactness of the profile is poor, the plasticization is poor, and the impact property is poor, causing the tube to become brittle.

(5) The hot mixing sequence, temperature setting and curing time are also decisive factors for the properties of the profile. There are many components in the PVC-U formula. The order of addition should be beneficial to the role of each additive, and it is beneficial to increase the dispersion speed, and avoid the adverse synergistic effect. The order of additives should help improve the auxiliary. The synergistic effect of the agent overcomes the effect of phase gram elimination, so that the auxiliaries which should be dispersed in the PVC resin fully enter the interior of the PVC resin.

The typical stabilization system formula addition sequence is as follows:
a When the low speed operation, add PVC resin to the hot mixing pot;
b Add stabilizer and soap at 60 ° C under high speed operation;
c Adding internal lubricants, pigments, impact modifiers and processing aids at high speeds around 80 °C;
d Add a wax or other external lubricant at a high speed of about 100 ° C;
e Adding filler at 110 ° C under high speed operation;
f discharge the material to a cold mixing tank at a low speed of 110 ° C - 120 ° C for cooling;
g When the temperature is reduced to about 40 °C, the material is discharged. The order of feeding above is reasonable, but in actual production, according to its own equipment and various conditions, most manufacturers add other additives in addition to resin. There is also a light activated calcium carbonate added together with the main ingredient and the like.

This requires the company's technical personnel to develop their own processing technology and feeding sequence according to the characteristics of the company.

Generally, the hot mixing temperature is about 120 ° C. When the temperature is too low, the material does not reach gelation and the mixture is uniform. Above this temperature, some materials may decompose and volatilize, and the dry mixed powder is yellow. The mixing time is generally 7-10 min to achieve compaction, homogenization and partial gelation. The cold mix is ​​generally below 40 ° C, and the cooling time is required to be short. If the temperature is higher than 40 ° C and the cooling rate is slow, the prepared dry mix will be inferior to the conventional compactness.

The curing time of the dry mix is ​​generally 24 hours. Above this time, the material is easy to absorb water or agglomerate. Below this time, the structure between the molecules of the material is not stable, resulting in large fluctuations in the outer dimensions and wall thickness of the pipe during extrusion. . If the above links are not strengthened, the quality of the pipe products will be affected. In some cases, the pipe will become brittle. 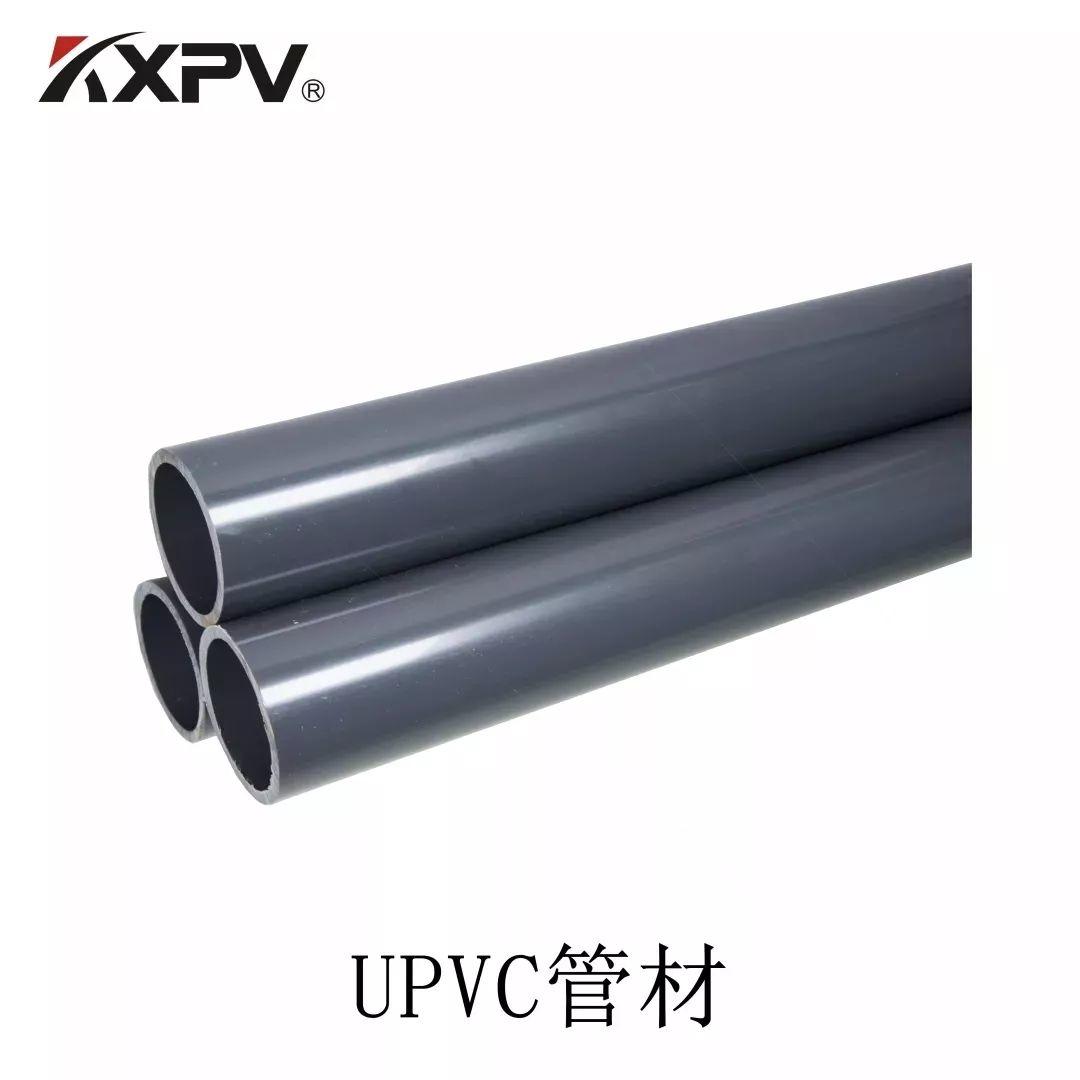 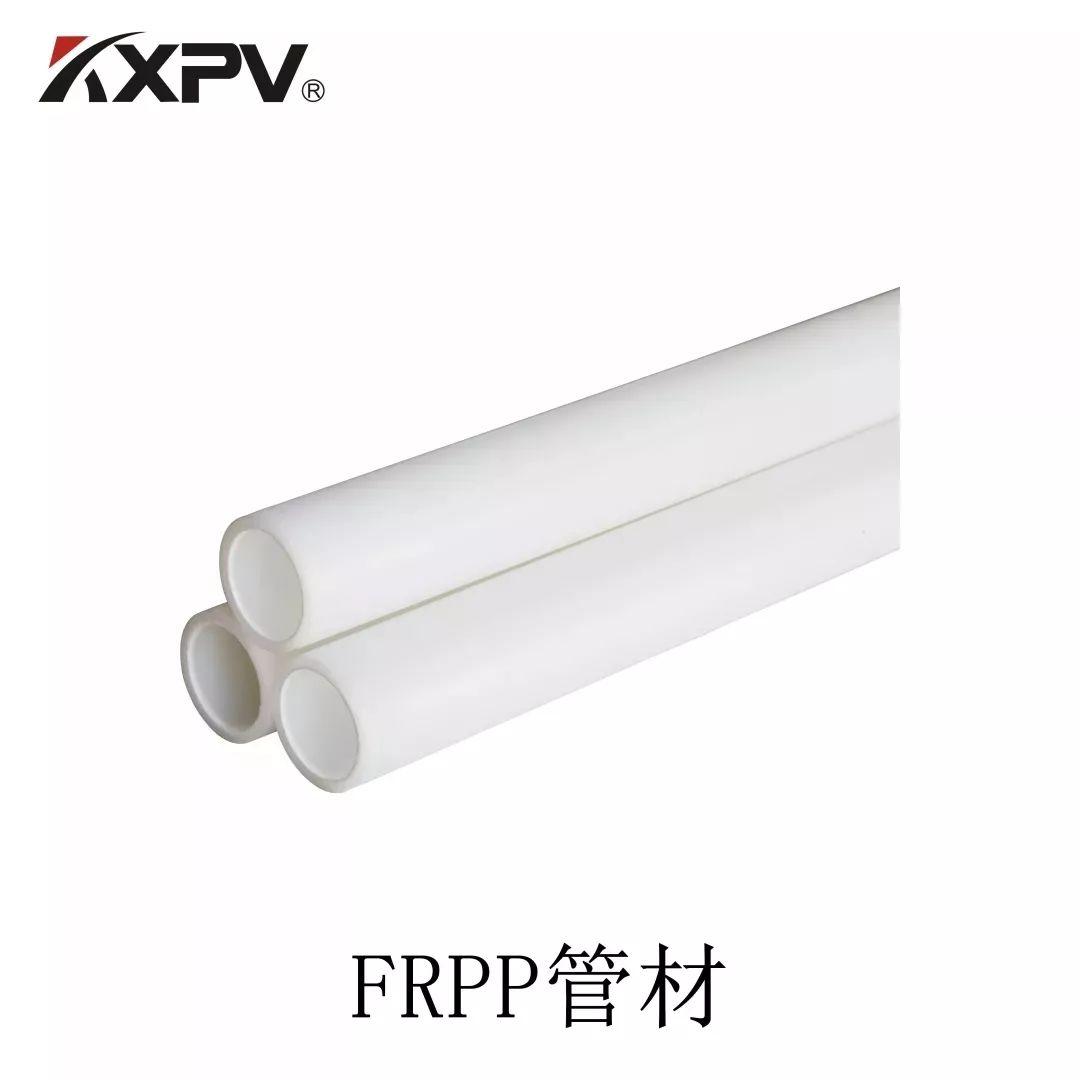 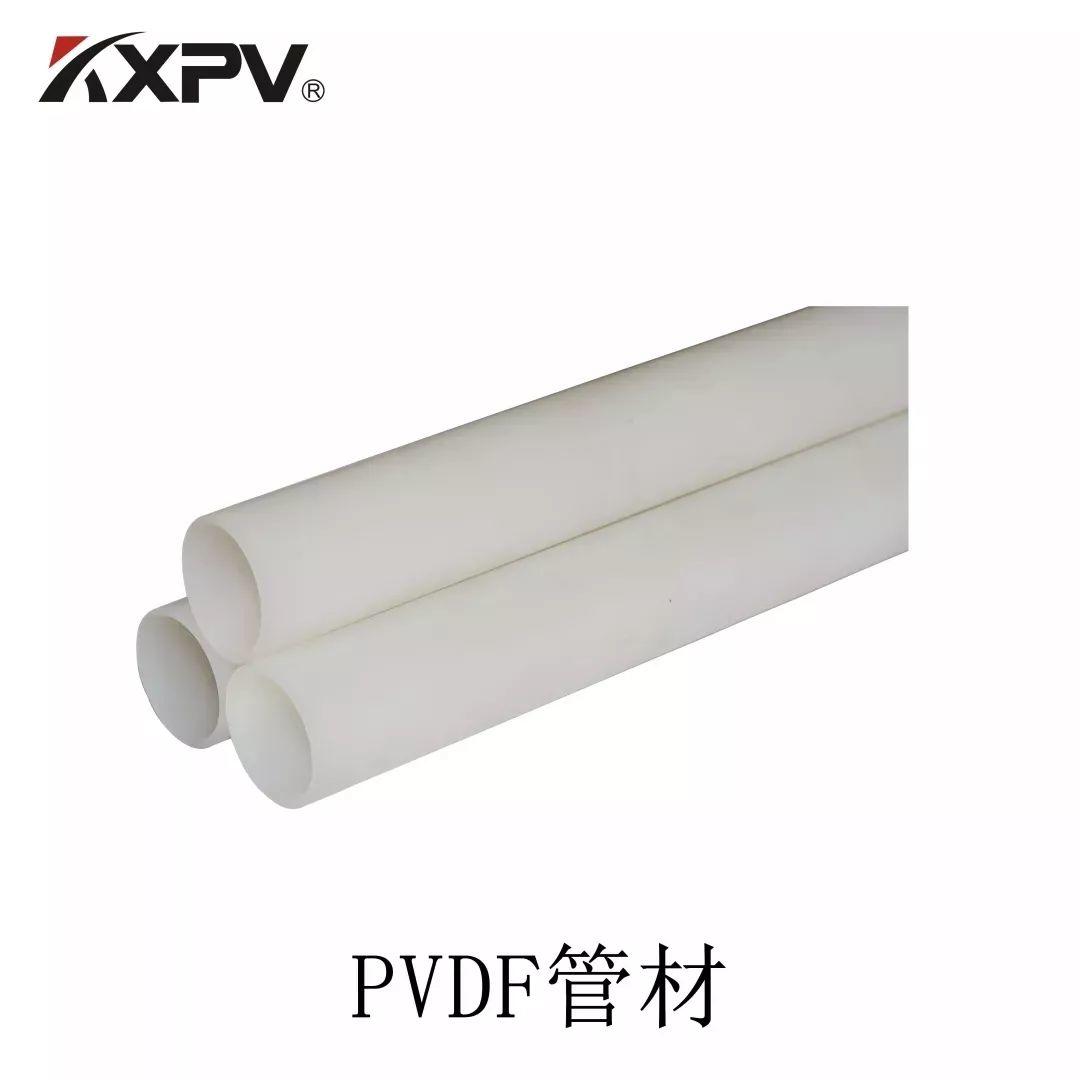 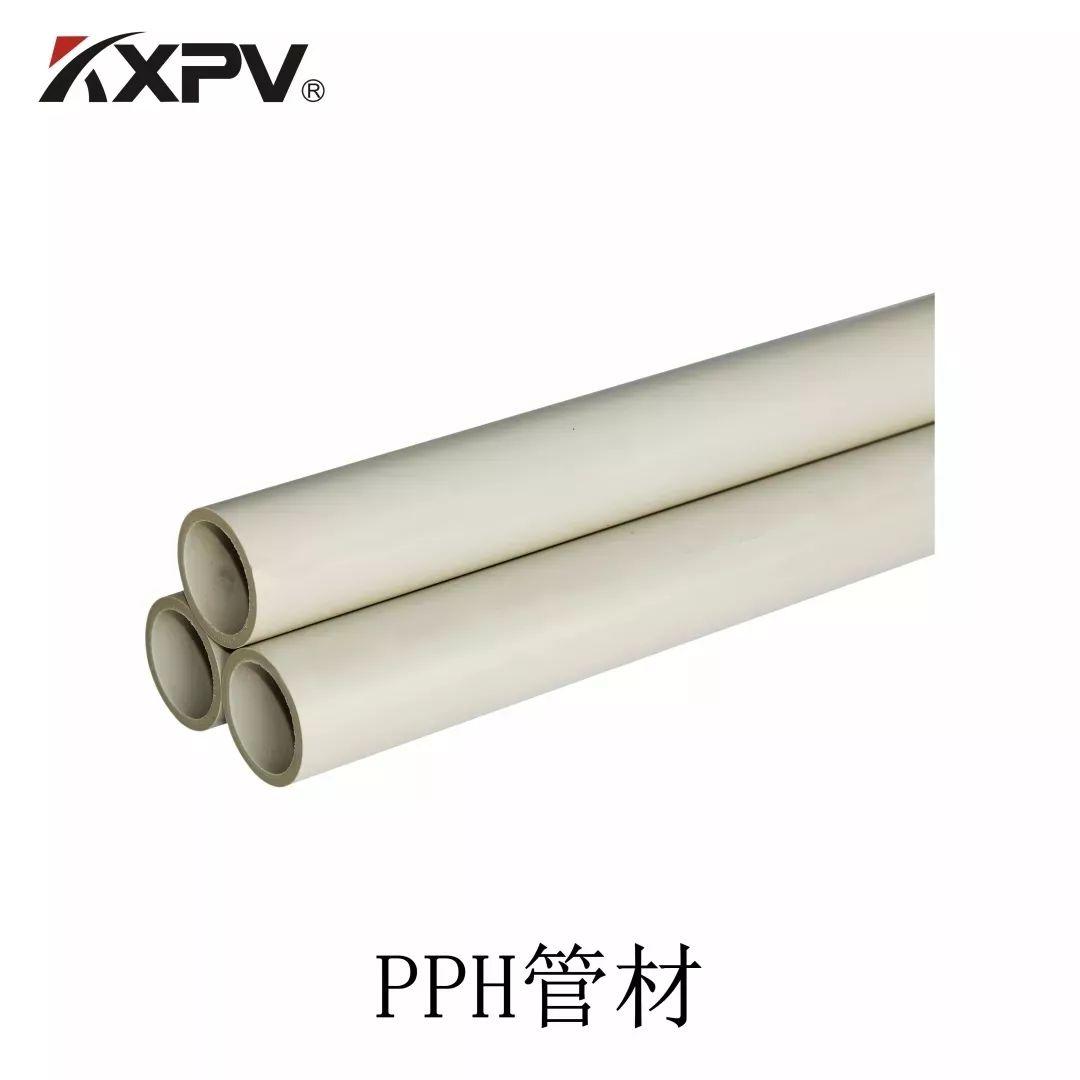